On the morning that AFN spoke to Mushlabs co-founder and CEO Mazen Rizk, he’d just received some distressing news. Hours before, reports began streaming in from Beirut, Lebanon — a city where Rizk has family and friends — about a series of massive explosions.

The blasts are believed to have been an accident, caused in part by improperly stored industrial chemicals. Among the most powerful non-nuclear manmade explosions on record, it quickly became clear that the incident had caused hundreds of casualties, left thousands homeless, and had almost completely destroyed Beirut’s commercial port. The cost of the damage has been estimated at over $15 billion.

But the explosions will have severe longer term effects on Lebanon too – including serious disruption to its food supply. The country’s largest grain silo was located close to the center of the blasts and was annihilated, while Beirut’s now largely unusable port had been the main entry point for food and ag imports, which make up around 85% of Lebanon’s food needs. The fact the country is surrounded by neighbors that aren’t exactly on the best terms — either with it, or with each other — adds another element of difficulty.

“This is the kind of situation where you feel a solution like ours could really help,” Rizk told AFN.

Mushlabs uses liquid fermentation technology to grow mycelia, the ‘roots’ of mushrooms, for use in the manufacturing of alt-protein and meat replacement products. According to the Berlin-based startup, edible mushroom mycelium provides “complete and balanced nutrition,” with an umami flavor profile and mouthfeel that makes its especially suitable for use in alternatives to animal meat.

While growing, these mycelia are fed using byproducts from the agrifood industry, leading to “a highly circular process” using far less water and space than traditional meat rearing or growing other crops used in plant-based proteins. In addition to industrial-scale growth, this opens the possibility for highly mobile, ‘decentralized’ alt-protein production – something that could prove especially useful in situations like that in Lebanon.

Rizk didn’t share specifics about the kinds of sidestreams that Mushlabs uses as its tech and processes are subject to ongoing intellectual property protection efforts. However, he confirmed they could potentially include a wide range of leftovers from farming, foodservice, food processing, and other agrifood segments.

The sustainability of Mushlabs’ solution is partly thanks to the biology of the mushrooms themselves, which — unlike plants — decompose organic material around them to feed themselves, he explained.

“When we mimic that in the lab, we can bring many sidestreams to the cells to help them grow. We are able to grow our biomass in four to five days, which is very quick and allows you to grow through vertical farming, through bioreactors, and produce that biomass all year long irrespective of climate or what’s going on outside.”

In Rizk’s opinion, it’s these characteristics that could make Mushlabs’ mycelia-growing process particularly useful during food shortages and other humanitarian crises, such as that currently being faced by the people of Lebanon.

“When bioreactors can come in and grow on [almost any] sidestream, and they can grow food in different locations, what that means is localized production.”

That said, Mushlabs’ vision is much broader than disaster relief. It believes its tech can be pivotal in everyday life, particularly amid growing global interest in more resilient, sustainable, and localized methods of food production in the wake of Covid-19.

“One of the things that we want to disrupt as a company is [that] there’s been a huge increase in demand in plant-based proteins, but the supply is not increasing as fast,” Rizk said.

“And at some point there’ll be a bottleneck in supply of [commodities like] peas, soy, and wheat. We can control our own supply, all year long. Any drought, any flood – it doesn’t affect us.”

The other string to Mushlabs’ mycelium bow is its nutritional payoff. On top of its high protein content, the biomass contains a variety of micronutrients and fibers, some of which have prebiotic properties. This makes the startup’s product more attractive to alt-protein manufacturers, who often rely on not-so-healthy additives in order to make their plant-based products taste better.

“We are able to create a cleaner label with our ingredient because it has these attributes. That allows us to play down the amount of ingredients we use for taste or flavoring,” Rizk explained. “Also, when you have more nutrients, you are able to create products [which require] less processing.”

The startup uses mycelia from edible mushroom varieties that can commonly be found on supermarket shelves. This differentiates it from other alt-protein players working with less recognizable fungi, in Rizk’s opinion.

“I think that’s important to people who want to eat natural and eat organic,” he said. “[Our] biggest competitor is Quorn, and they are using a fungus which is different from ours [which we see as] connecting us better to people, emotionally.”

Mushlabs plans to use the Series A capital to scale up production to industrial levels and to build out a sales function. While it’s focused on the B2B segment at the moment, the startup is considering whether to additionally move into consumer offerings.

“The biggest challenge with any fermentation company is how you scale up. When that’s figured out, it comes to how much capital you have,” Rizk said. “That isn’t an issue for us – where we are now is we have an amazing team that has previous experience in scaling up fermentations and process engineering. That allows us to be ahead of the game.”

Since launching in mid-2018, Mushlabs has grown to a team of 11 personnel, who have past experience at companies like Unilever and Marley Spoon. It has raised $12.2 million in funding to date, including the Series A round announced today.

For Singapore-based VisVires New Protein, the Series A round marks the maiden investment out of its latest fund – and gives some indication of initial geographical expansion targets for Mushlabs.

“This is so much more than just another meat replacement,” said VisVires’ co-managing partner Kenneth Lee. “We see it as a very promising solution to the health, safety, and sustainability challenges of today’s food system. These are particularly acute in Asia, which is why Mushlabs is the first investment from our newly launched VVNP Fund II.”

Got a news tip? Drop me a line at jack@agfunder.com 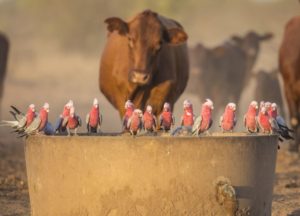