Food waste is becoming a serious problem globally. According to a recent report by United Nations Environment Programme and the World Resources Institute, about one-third of all food produced worldwide — which is worth around $1 trillion — gets lost or wasted in the production process or by consumers.

Resulting in the waste of around a quarter of all calories produced, this is unacceptable when the mass of food-related crises globally as taken into context. The environmental impact of food production and landfills, where much food waste ends up, must all be taken into account.Technology entrepreneurs are not ignoring the call to action, and there is a growing wave of startups attempting to help solve

Technology entrepreneurs are not ignoring the call to action, and there is a growing wave of startups attempting to help solve or at least work with the issue.

In the UK, food waste has become a talking point for some of the country’s celebrity chefs, not least because it costs the industry $80 billion a year. Last year, one such chef Hugh Fearnley-Whittingstall, presented a TV series on the BBC called “Hugh’s War on Waste” highlighting how serious the problem is.

And this week, a UK technology company backed by Fearnley-Whittingstall, raised $3.3 million in Series A funding for the expansion of its food waste smart meters business.

Winnow, which is currently targeting restaurants and other hospitality businesses, raised the funding from Mustard Seed, a UK impact investor and incubator, D-Ax, a Swiss investment company in the digital space, and a group of existing investors.

Winnow’s smart meters measure the amount and type of food waste a restaurant is throwing away in the garbage. Staff can use a touch screen (pictured) to immediately identify what they’ve thrown away, how much it weighed and how much it cost. Customized to specific menus, this food waste data is then stored and analyzed against benchmarks. Restaurateurs and chefs receive daily reports and suggestions on how to reduce their food waste.

Through the use of its meters, Winnow claims that it can cut food waste in half and that it’s already saved customers $3 million a year. As well as saving clients money, the tech company also points to the environmental benefit of its smart meters; it estimates that clients are saving 850 tonnes of waste annually from landfill, or 3,600 tonnes of Co2 emissions prevented.

“Winnow is precisely the kind of company Mustard Seed seeks out, not least because Marc and his team are brilliant. Winnow’s innovative model harnesses commercial returns to create extremely scalable environmental impact. We’re privileged to have supported them on this journey,” said Henry Wigan, director at Mustard Seed, in a statement.

Winnow has now worked with around 200 kitchens since launching in May 2013 and includes Compass Group, Accor Hotels and River Cottage Canteens among its client base, which now stretches into Asia. “It’s clear that many others in our sector could benefit from using Winnow to reduce their waste and costs. It’s a real no-brainer for the hospitality industry,” said Fearnley-Whittingstall in the press release.

So from using food waste for fertilizer and energy, to reducing it all together, what’s next for food waste technology?

Do you know of a technology targeting food waste? If so, let us know at Media@AgFunderNews.com 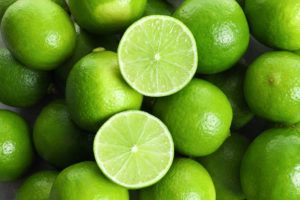