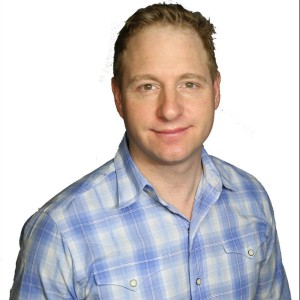 Rob is the cofounder of AgFunder, an online venture capital platform investing in agtech and foodtech. Rob is a Forbes contributor and has also been published in TechCrunch, Harvard Business Review, Financial Post, and twice in Nature journals (>350 citations across both publications). Rob has been invited to chair, speak, and keynote at dozens of global conferences on food & agriculture, technology, and fintech. In 2014, Forbes Magazine named Rob to their list of 'Up-And-Comers', and the White House has extended special invitations to White House sponsored events. He is a judge for the National Ag Innovation Prize, the Verizon's $6M IoT Award for 2015, and sits on the advisory committee of the Ag Innovation Showcase, the world's first and longest-running AgTech conference. Rob has been interviewed by Bloomberg TV, CNBC (TV), Wall Street Journal, Forbes, LA Times, Entrepreneur, FastCompany, and Reuters. He has five degrees, spanning Philosophy, Computer Science (AI/Virtual Robotics), and Computational Biology, including a PhD from Yale University.

“When we invested, what I loved about Bear Flag was that they were solving the right problem,” writes AgFunder partner Rob Leclerc about his firm’s exit from the ag automation startup. The failings of the US food system have left 88% of the population metabolically unhealthy. Frighteningly that means they’re all at a higher risk of complications from the Covid-19 virus compared to the 12% who are deemed metabolically healthy. This startup wants to help. How founders can prepare for the tail risk of COVID-19

It’s hard to know how to respond to the spread of COVID-19. The virus is creating uncertainty across the world, impacting societies and businesses with varying degrees of severity. Why we invested in MycoWorks

We joined DCVC Bio, Novo Holdings, 8VC and others to invest in sustainable leather startup MycoWork’s $17m Series A. Here’s why. Last month we invested in our 30th startup, and as we continue to grow and scale both AgFunder’s venture capital funds and our GROW accelerator in Singapore, we are developing new ways to help the exceptional founders in our portfolio. On November 26th, AgFunder is hosting two investor webinars, one at 7:00 am Pacific, another at 4:00 pm Pacific, to discuss AgFunder’s New Carnivore Fund Dean Foods goes bust thanks to a fatal error: shying away from alt-milk

America’s biggest milk producer has just filed for bankruptcy — a newsflash that’s been a bit like hearing thunder after seeing lightning: stunning, but predictable. AgFunder has just opened the New Carnivore Fund to investors. The $20M fund will invest in alternative protein startups including plant-based alternatives, cellular agriculture, and the picks-and-shovels that will enable the industry. Daniel Vradenburg is the former president of Wilbur-Ellis and the board chair of Cavallo Ventures and now he’s joining soil science startup Trace Genomics. Checking in with Aerobotics

Word has been getting around about Aerobotics’ incredible decision support technology for tree crops. Rob Leclerc shares some facts and figures about the startup’s rapid growth to-date. Why technology could make animals obsolete The Road to Automated Agriculture Begins in Brazil

Solinftec could be the operating system for the autonomous farm and they’ve just hired a new CEO to rapidly drive the startup’s global expansion, writes AgFunder founding partner Rob Leclerc. Join us in investing in the food revolution! We’re only in the second innings of plant-based meats

Rob Leclerc, Founding Partner at AgFunder, will be participating in the online conference Virtual Summit on AgTech next week alongside alternative meat leaders such as Ethan Brown from Beyond Meat. 4 Reasons Why Israel is Now a Developed AgriFood Tech Hub

Two weeks ago, our CEO Rob Leclerc went to Israel to attend Food and Ag Week and here’s what he discovered. After the agriculture technology (AgTech) sector raised a total of $2.36 billion in 2014, the big question was whether or not the sector would