AgriProtein, the insect farming business, has raised $105 million in equity and debt into its UK holding company from a large, overseas listed corporate financial institution that could not be disclosed.

This is the largest capital raise on record for an insect farming company and is the 18th largest farm tech deal on record, according to AgFunder data.

AgriProtein feeds black soldier flies with municipal waste and sells them as feed for the livestock industry. It has one insect farm in South Africa, and is embarking on the construction of its next generation of farms. “We continue to view the world differently, recognizing the true value of organic waste as a resource,” said Jason Drew, CEO, in a statement.

The business is also set to close project financing rounds at some of its sites globally to fund the construction of new insect factories; it has three sites in the Middle East, two in Asia and one in Johannesburg, South Africa, where it is constructing generation one (G1) factories, each set to take in 250 tonnes of waste feedstock per day. The first to complete will likely be in Johannesburg, Mark Williams, chief financial officer, told AgFunderNews in an email.

AgriProtein’s capital raising efforts to date — which totaled around $30 million as of the end of 2016 — went towards the construction of its G0 facility in Cape Town and the R&D and engineering required for the design of its G1 factories.

It has also expanded the project management, engineering, and in-country teams. The company plans to expand its research & development team to over 45 researchers this year and is investing in additional laboratory buildings and capabilities at its Cape Town site.

After extracting the recyclables, like plastic, AgriProtein crushes the waste which turns anything organic into a paste. That paste feeds the larvae. Then the company harvests and separates the mature larvae from the MagSoil and processes it into MagOil and MagMeal.

Asked to characterize the fundraising process, Williams said: “Long! The investors did more of a deep dive on the industry/sector and focussed as much on that as on our business metrics. I guess they wanted to understand the industry space and growth potential given we, and the industry, has developed greatly since our previous rounds.”

Launched in 2008 by brothers Jason and David Drew, AgriProtein was one of the first companies to start farming flies at any scale. Currently, the aim is to provide a natural and cost-effective alternative to fishmeal, which is widely used in the poultry and fish farming industries. The business will look at replacing other types of animal feed in due course and also produces a crop supplement byproduct. 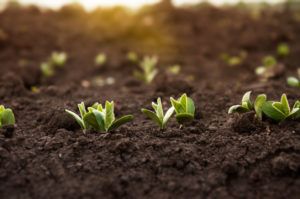