And the Winner of this year’s Agrivest 2013 Pitch Competition is….

When you think of “Israel,” do you think “AgTech”? Probably not, but maybe you should.

With two-thirds of its land desert, and one of its two bodies of water called the Dead Sea, Israel has to be creative when it comes to agriculture. With over 700 agtech startups, Israel is a world leader in developing technologies focused on food security.

Last week, I spoke on a panel about investment fundamentals in agriculture at the Agrivest 2013 conference in Israel. Hosted by Trendlines and the Mofet agtech accelerator, the conference included four days of incredible speakers, an impressive pitch competition between twelve agtech companies, and tours of some of Israel’s top AgTech companies.

Awarding $5,000 to the most promising, Agrivest featured a pitch competition between twelve Israeli agtech companies.

The winner was Rootility, whose founders came up with the genius idea to focus on breeding methods to produce stronger root systems—the organs responsible for supplying vital nutrients of the plant—and thus, directly impacting the plant’s performance, yield production, and tolerance of abiotic stress. Why didn’t I think of that?

Rootility has developed a root-focused breeding scheme for the rapid development of high-yielding plants, which involves an efficient selection of rootstocks able to grow in challenging conditions. Commercial scions that are grafted onto Rootility rootstocks result in the generation of elite grafted varieties, which improve root systems that exhibit dramatic increases in productivity. Rootility also improves crop performance under abiotic stress environments such as cold, heat, soil salinity, and drought conditions.

Rootility’s has developed tomato rootstocks that have demonstrated yield increases of up to 120% over commercial yield standards in California trials. The technology is applicable over other important crops including maize, sunflower, rice, rapeseed and cotton.

Backed by GreenSoil Investments, Rootility’s technology has similar appeal as that of another Israeli trait amplification company, Kaiima, which recently received a $65-million in funding from some of the smartest money in Silicon Valley, including Draper Fisher Jurveston and Li Ka-shing’s VC firm Horizons Venture.

Coming in a close second was CatalystAgTech, a company that has developed patented self-destruct mechanisms for widely used persistent pesticides. Developed at the Weizmann Institute of Science, the technology pairs an appropriate catalyst with a specific agrocemhical that is applied to the crop. After serving its useful purpose, the catalyzed agrochemical breaks down as it migrates below the root zone, thereby eliminating or significantly reducing soil and groundwater contamination.

In addition to the these winners, a worthy mention goes out to the following: BotanoCap, a company which is developing an environmental sustainable products as alternatives to hundreds of harmful toxic projects used in agriculture, EggDetect, which has developed the first technology sort non-fertile eggs before the onset of incubation, and miRobot, which has developed a next generation and cost effective milking parlor for medium and large scale dairy farms, as well as ecofer, which has developed a technology to dissolve solid fertilizers into liquid form to feed into efficient irrigation systems. 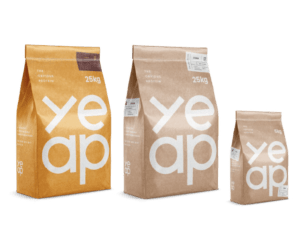