Report: Investing in Small-Scale Agriculture is 3x More Effective at Reducing Poverty Than Other Industries

The vast majority of the people in the world — about 70% — get their food from small-scale farmers and other small-scale food producers such as fisher-people, pastoralists, and hunters.

And yet, at the same time, small-scale farmers and their families make up most of the 800 million people suffering from hunger and the 2 billion people living in extreme poverty, according to a new report by the More and Better Network, a global network for food, agriculture and rural development.

If the United Nations and participating governments are to reach goals one and two of the 2030 Sustainable Development Goals (SDGs) — to end hunger, achieve food security and improved nutrition and promote sustainable agriculture — more investment and support is needed for small-scale agriculture, reads the report.

The Food and Agriculture Organization states that growth in the agriculture industries of developing countries is on average 2.9 times more effective at reducing poverty relative to non-agriculture GDP growth.

That’s even higher in some nations such as China, where it’s 3.5 times more effective in reducing poverty than growth outside agriculture, according to the World Bank.

Despite this, agriculture is largely underfunded and they do not have sufficient access to the finances they need. Less than a quarter of the financial needs of small-scale farmers in developing countries are met, leaving an annual financing gap of more than $150 billion according to Blending4AG.

The governments in Africa agreed in 2003  to allocate at least 10% of the national budgets to agriculture within five years, but between 2001 and 2015 they allocated less than 2%. They recommitted the goal in 2014, but still, only nine of the 54 African governments have reached their common goal.

Small-scale agriculture is also underfunded in development assistance from OECD-countries, and private investors.

The More and Better Network has started a small pilot project in Mozambique to use the 12 steps as a guideline and to undertake some new forms of investment with the financial support from the Heidehof Stiftung – a German foundation. The plan is to expand such small pilot projects both in Mozambique and in other countries with both grants and investments in 2018 and then expand further based on their experiences.

The report presents an overview of financial institutions organizations and networks engaged in investing in agriculture. It also presents the possibilities’ for further investment and support for small-scale agriculture in developing countries.

Foundations, investors and others that are interested in more information and/or to be involved in this work, email Aksel Naerstad, international co-coordinator of the More and Better Network. 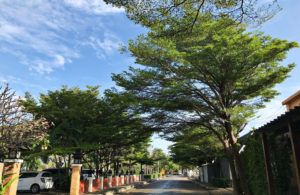