WaterBit, a Californian startup building an autonomous irrigation solution (AIS) for produce and nut growers, has raised $11.4 million in Series A funding.

Without autonomous irrigation, growers have to drive out to different fields to check moisture levels and turn irrigation valves on and off. By measuring soil conditions, weather and taking into account the stage of each plant, WaterBit aims to enable growers to control the precise irrigation of their crops using a mobile phone or computer to save them time, money and labor.

WaterBit will use the funding to accelerate the development of its AIS product, with the goal of fully automating irrigation for growers, and to expand its sales and marketing efforts.

Its product suite includes three IoT devices. WaterBit Carbon is a small solar-powered device that connects sensors and probes in the field, sitting under foliage and out of the way of machinery, toaddress field variability and water delivery at the microblock level. The WaterBit Block Value Controller, also connects to WaterCarbon and turns irrigation on and off. The WaterBit Carbon device connect through a local network to a gateway called WaterBit Connect that provides bidirectional communication and can cover over 1,000 acres.  The WaterBit Dashboard is a cloud-based software program that analyzes the data collected for irrigation planning and instruction. WaterBit also sells the sensors and probes

WaterBit says in a press release that its technology enables growers to control their irrigation “at a level of granularity and accuracy that is not possible with manual control or using programmable logic controller (PLC) based methods.”

Precision irrigation is important for a range of crops and can impact crop quality, yield variability, reliability, soil erosion and fertilizer leaching.

Devine Organics, a WaterBit customer, nearly doubled its vegetable field yield, reduced water usage by 6% and recorded a 5% decrease in greenhouse emissions from fuel used for pumping water and trips to the field, according to a case study conducted by WaterBit and telecommunications company AT&T.

Other customers include Bowles Farming and Madison Farms.

WaterBit also claims to detect irrigation pipe leaks in real-time and provide a record for growers of sustainable water use. 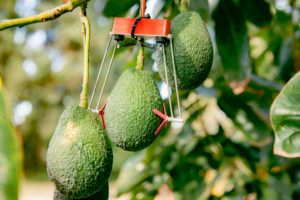