After just completing the Y Combinator accelerator program, North Carolina-based satellite imagery startup FarmShots has closed a seed round after attracting local angel investors. Founder Josh Miller said that keeping the investor base local avoided any potential investor demands to move the company to the expensive West Coast. The funding will be used to purchase satellite imagery data to sell to its customers along with analytics around the health of their crops. FarmShot’s software platform focuses on change detection in crops, particularly regarding disease outbreaks. It will soon be available on MyJohnDeere.com. The company has customers across the globe.

Software-for-drones provider DroneDeploy has raised a $20 million Series B round led by Scale Venture Partners, and ExactTarget co-founder Scott Dorsey’s fund. Venture studio developers High Alpha Capital also participated in the round. The funding will be used to help expand its product, make additional hires, advance market reach, and to support R&D.

Produce supply chain tech company Crofarm has raised $1.5 million in seed funding from Mukul Singhal and Rohit Jain, both of whom served as former principals at venture and growth capital fund SAIF Partners. The India-based company offers a tiered commission model that varies depending on the type of produce bought and sold. According to Crofarm, farmers can earn one-quarter more for their goods than they would have if they sold elsewhere. Some of Crofarm’s key customers include Metro, Bigbasket, Grofers, and Big Bazaar.

Online food marketplace Haywheel has received $120,000 in seed funding from Y Combinator. Based in New York City, the company offers wholesale artisan ingredients that can be ordered quickly. The website offers detailed information about each product, how it is sourced, and where it is manufactured. Users create an account and can access a wide variety of goods like pastas, fermented foods, and baking goods. Restaurants are some of the digital marketplace’s biggest customers, with the company claiming that over 300 restaurants are already signed onto the service. Haywheel was one of 44 startups that launched at Y Combinator’s S16 Demo Day 1.

Based in Boston, Mass., Sample6 has closed a $12.7 million Series C led by future of food investors Acre Venture Partners, with participation from food and ag investors Cultivian Sandbox Ventures, IT and healthcare investors Canaan Partners, and multi-stage family investment office Valley Oak Investments. The company claims it is the world’s first synthetic-biology based bacteria diagnostics system that can accomplish enrichment-free detection. The funding brings the company’s total capital to $32 million. This new injection of funding will be used to help the company bring its food pathogen detection technology to the commercial market. Find out more about the growing food safety and traceability startup scene here.

Offering freshly prepared Royal Indian cuisine from its headquarters in Bengaluru, Zzungry has raised an undisclosed seed round from SV entrepreneurs Satish Vasudeva and Madhusudhan Jujare along with a few other individual investors. Launched in 2015, the online restaurant caters to the premium food product space and has plans to expand its market reach into all major metro areas of the country over the coming year. The company aims to differentiate itself from other food delivery startups in the crowded Indian market by specializing in curated chef-prepared foods delivered on demand while switching up the menu each week.

BioCapSOL has raised $592,820 in a seed round from Istanbul-based ACT Venture Partners, which focusing on pre-seed and seed stage venture capital investments. The company manufactures and sells products derived from functionalized and encapsulated biological extracts to the food supplements and cosmetics sectors.

Gratitude Railroad, an investment firm targeting investors and investments in for-profit, mission-driven businesses, has launched the Gratitude Farmland Fund (GFF), a real asset fund targeting $40 million in capital commitments and focused on regenerative agriculture. The fund is a venture endeavor between Gratitude Railroad and Blackdirt Capital, which develops land-based and real asset projects in the US ag sector focusing on the grassfed and organic sectors. GFF seeks to acquire farmland in regions where land is undervalued relative to production value. 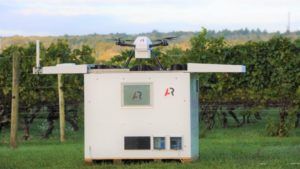 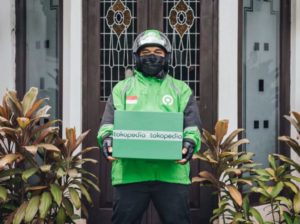