Small growers and urban farms are springing up across the nation, but many cities lack the infrastructure, zoning laws and foresight to truly leverage this transition.

Over the past several years, however, city governments, often working with local stakeholder groups and food policy councils, are changing that. Urban agriculture ordinances help light the way for would-be urban farmers, providing guidance and a sense of legitimacy. Here is Seedstock’s list of ten cities leading the way with innovative urban agriculture ordinances that provide a blueprint for a new economic future grounded in sustainable food production in urban centers.

The City of Detroit, once the wealthiest city in the United States, saw its population peak in 1950 at 1.8 million. In the sixty years since, population declined by 60 percent to approximately 713,000 in 2010. As a result, the city’s once bustling 139-square miles contain an estimated 200,000 vacant parcels comprising a quarter of the city’s land area, according to the Wall Street Journal. The vacant land stretches for miles, forming vistas across urban prairies interspersed with abandoned structures. In 2009, the city of Detroit created a Food Policy Council to study how to implement local food systems and urban agriculture in the city, and in 2013, through the work of the council, the city adopted a comprehensive urban agriculture ordinance. With detailed zoning that focuses on the production of local food, the city is now home to 1350 community gardens, as well as farmer’s markets, food trucks, small urban growers and local businesses focused on neighborhood stabilization.

With 26 farmer’s markets, 22 acres of community gardens and over 170 food cart businesses, Portland is a haven for urban agriculture.  Supplemental businesses such as bee keeping supply shops and farming supply stores have sprung up across the city in the last few years. Small farms just outside the city provide a local food economy and CSAs abound. Portland adopted an urban growth boundary in 1981, a community gardening program in 1975 and passed an Urban Food Zoning Code in June of 2012. The Food Zoning Code has a new chapter on food production and distribution within the city limits providing detailed guidelines for market and community gardens, CSAs and farmer’s markets. Community and respect for neighbors is part and parcel of Portland’s plan forward.

Community gardens in Austin provide over 100,000 pounds of local fresh food annually. With a YWCA Community garden project dating back to 1975 and the founding of Austin’s Sustainable Food Center in 1993, this fast growing Texas city is no stranger to sustainable thinking. The city of Austin adopted the Sustainable Urban Agriculture and Community Garden Program (SUACG) in 2009 providing a framework of guidelines for an established local food system. The ordinance addresses not only community gardens and urban farms but storm water collection as well as waste and energy reduction. The ordinance is brief in comparison to many, but supported by an active Sustainable Food Policy Board created in 2009.

With over 40 food truck companies, a pilot residential composting program, 200 community gardens, 100 school gardens and 28 farmer’s markets, Boston was in need of a framework for its growing sustainability efforts. In December of 2013, the City of Boston adopted Article 89 into their zoning code focused on providing structure for developing urban agriculture while also helping to promote it’s growth. Before the zoning amendment, there was nothing in city code that expressly allowed or discouraged urban agriculture in the city. Article 89 permits ground-level and roof-top farming, bee-keeping, chicken-keeping, aquaponics, and hydroponics as well as farm stands and farmer’s markets.

Cleveland’s urban agriculture movement has steadily gained momentum in recent years. The city began adopting green space policies in 2005. In 2007, they created garden and farmer’s market polices and established a Food Policy Council. In 2009 came the chickens and the bees and finally, in 2010, they provided guidelines for urban agriculture. Today, with 20 farmer’s markets, 30 CSAs, more than 200 community gardens and a recent study showing 1108 potential sites for urban agriculture, Cleveland is tackling its “rust belt” status head on. The city’s Office of Sustainability promotes the “Sustainable Cleveland 2019” initiative bringing together various institutions, nonprofits, businesses and residents to build a Cleveland that is green, resilient and thriving.

In 2011, Chicago adopted a revision to its zoning code to allow urban agriculture as a permitted use within the city limits. This includes the creation of rooftop farms, apiaries, community gardens and farmers’ markets and the transformation of vacant lots into urban farms, all in an effort to make Chicago a safer, healthier place to live and work. Sustainable businesses are moving into Chicago and community outreach efforts and sustainable education programming abounds. With 64 food truck vendors, 24 seasonal markets and one year round market, 62 urban farms and community gardens, 54 businesses and organizations actively promoting urban agriculture, not to mention an ever growing bounty of restaurant rooftop gardens, Special attention to utilizing urban agriculture to revitalize urban neighborhoods on Chicago’s south side is paying dividends.

Always a leader in urban agriculture, Seattle adopted its first sustainability plan back in 1994. Revisions to the city’s zoning code in 2010 clarified land use requirements and limits of urban agriculture. The city’s P-Patch community garden program began in 1973 and today, 85 community gardens are housed on 31 acres of city land. The Neighborhood Farmer’s Market Alliance manages seven farmer’s markets in the city. There are over 160 food trucks in operation, over 30 CSAs and dozens of urban farms in town and in the outlying region creating a vibrant local food culture.  The city’s latest urban agriculture addition is the Urban Garden Share program matching experienced gardeners that live in condos and apartment with local gardens with growing space to share.

In 2013, Baltimore created an urban agriculture plan detailing the many ways in which urban agriculture can take place in the city as well as educational and funding opportunities for residents and business owners.  In 2010, a rewrite of the city’s zoning code began and is expected to pass into law this year. The new code changes community gardens from a temporary to permitted use in all zoning districts. Some of the gardens have already been in existence for over two decades. Urban farms will go from temporary to conditional use in all districts except those zoned industrial. The code clarifies the keeping of bees, chickens, rabbits and even miniature goats in the city. The city created Homegrown Baltimore and a Food Policy Initiative to encourage urban agriculture and promote the use of vacant city lots for green space and food production. With 20 farmer’s markets, six public markets, over 30 food trucks and dozens of urban farms and CSAs, Baltimore is encouraging a vibrant local economy while creating a better educated and healthier populace.

Registering 2,700 vacant lots and 12,000 foreclosed homes in 2013 and the loss of 70,000 manufacturing jobs since 1970, the city of Milwaukee had to reassess its collective future. In April 2012, a zoning code audit for the city supported the idea of promoting urban agriculture to build a new economy. Zoning for agriculture, bees and greenhouses already existed. Through the Office of Sustainability’s HOME GR/OWN program, vacant lots are being transformed into green spaces, urban farms, community gardens and city orchards. A plan to refresh the city’s infrastructure, ReFresh Mike, promotes sustainable manufacturing, an increase in local food production and a reduction in waste and energy use. With community garden grants, chicken and bee ordinances, vacant lot leases, tax breaks for Brownfield cleanup and funding for sustainable manufacturing, Milwaukee sets the bar high in terms of post industrial city evolution. 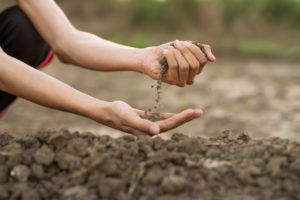