How hard can it be to count pigs, you may ask?

Believe it or not, it’s super hard. So difficult, in fact, that National Pork Board director Bill Even brought it up during an interview with AFN last year. As a livestock producer myself, I can attest to having spent more minutes than I’d like to admit counting the same group of cattle only to reach a different number every time. Not knowing how many head are present can have serious implications starting with a drain on efficiency.

“Some highly-paid managers are tasked with doing this and they’re spending a lot of time just trying to count pigs accurately,” Ag Startup Engine (ASE) co-director Joel Harris told AFN. “Imagine you are in a very consolidated area, pigs running around in pens, it’s incredibly loud due to their vocalizations, and you are trying to count them. It’s inherently difficult to do and the number is never right.”

An incorrect count could cause a ripple effect of issues when it comes to shipping pigs for processing, ensuring that every pig is healthy and accounted for, or understanding the total feed requirements for a group of pigs.

ASE just announced its eleventh investment in Iowa-based Sentinel, which uses AI and computer vision to track animal inventory and real-time. In the future, Sentinel hopes to connect its pig counting platform to other technologies to track other key bits of information related to animal health. Although the platform only counts pigs at this time, Sentinel saw this simple yet widespread pain point as low-hanging fruit that can get the technology through the barn door while proving consistent value.

And as Harris points out, counting animals is not an issue unique to pork production. Although he has never seen another technology focused on making accurate counts of animals, he has heard of it being a problem in the aquaculture industry. He has already spoken with Sentinel about the potential applications for its technology across other livestock production segments.

ASE has a few other animal tech companies in its diverse portfolio such as Performance Livestock Analytics. Founded by Climate Corp alums, the cattle management platform is partnering with Elanco and has over three million head of cattle in the system, according to Harris. Another is Automed, which offers a single system for automating, calculating, delivering, and recording livestock treatments.

“There are a few challenges regarding agtech in livestock production like rural connectivity in most places. Privacy is also a concern when it comes to animal rights groups potentially accessing a producer’s data, locations, and the fallout from that.”

Launched in 2017, ASE is housed at Iowa State University Research Park. The accelerator targets ideation-stage companies with small checks. It’s made its twelfth and final investment for this fund, Harris says, and is currently in the process of raising for fund two. With the next endeavor, ASE is hoping to expand from 10 investors to 20 and extend the deployment lifespan from three to five years with the goal of investing in roughly 30 companies. 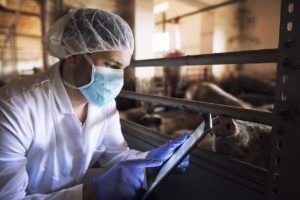