Editor’s note: Gabe Sheets-Poling is senior vice president and head of pricing and global markets at Indigo Agriculture, in Boston, US. This article represents the views of the author and not necessarily those of AFN.

Understanding the challenge in grain marketing requires us to first understand why farmers get into the industry.

Quite simply: farmers get into farming to farm, not trade.

The number one driver of profitability, however, is the price a farmer gets for their crop. No component of the cost side of the equation, whether input, labor, or equipment, is more significant. As a portfolio manager, and having spent years working with farmers and ranchers, I have had front row seats to this unique challenge.

It’s complicated. Regardless of how much volatility there is in the market, a farmer should always have the formation of a grain marketing plan high on their list. Unfortunately, it often falls to the bottom, addressed after dozens of other decisions they’ve made to grow their crops. Farmers tend to focus on the production aspects of their work, like the science behind growing a crop, instead of the more daunting and uncertain aspects – like navigating domestic and global market prices.

The biggest mistake, it turns out, is not building a grain marketing plan at all. Although it may be easier and more comfortable not to deal with pricing decisions, setting a plan, and then executing on it, is how a farmer can take greater control of their business.

For the past two decades, I have been working with farmers to explore how forming a grain marketing plan can help mitigate risk and manage outcomes. Intention is first on the list: the conviction to set a plan. After that, it’s been interesting to see that the mistakes made when setting that plan are often similar, regardless of the geography where the farmer works, or the crops they grow.

There’s a natural tendency, when errors are uncovered in a plan’s underlying data, to disregard the plan entirely. Take yield: If a bushel per acre target is missed, I have had farmers share frustration around having to work to a single production number. “If I don’t know my production, how can I really plan?”

But a robust marketing plan has flexibility to change as data is updated. It will consider optimal, average, and sub-optimal outcomes – like yield, or bushels contracted – instead of hard stops. There will be rigor at every step along the way.

How much grain will there be to sell? There are many reference points to consider, with most farmers benchmarking their expected yield off of average production history (APH). This is a useful starting point since it’s a real number rather than a guess, based on data rather than anecdotes.

But at the same time, almost every farmer I’ve met understands APH will really miss their actual end-of-year production. Most wish they could go to their crop insurance provider and say, “This is ridiculous, I have been increasing yield by 2% every year, using my APH here is nuts!”

The same sentiment should be there when marketing grain. Although it’s a good starting point, APH will more often than not lead someone to produce more grain than they are prepared to market. It’s best to start with an ‘on trend’ yield, assuming a normal crop year, and then account for production risks. This allows a farmer to update it as certainty arrives over the course of the year.

Another question I often get is: “Why would it be a bad thing to produce more grain than I’m ready to sell?”

Surpassing expectations can be comforting. But every bushel a farmer doesn’t account for in their marketing plan is another bushel subject to whatever price the market’s at. And that’s far from comforting, especially when the prices dip – like we are currently seeing in corn.

There’s also the fact that yield is not the only place where farmers can expect to take a haircut throughout the season. There’s a tendency for humans (which, as it turns out, includes farmers!) to get conservative at the moment a stressful decision has to be made.

For farmers marketing grain, for example, there is a natural tendency to always set prices on fewer bushels than their plans called for. The moment comes in the season when they had planned to contract 20% of their bushels, but due to the fear of the market going up the next day, or based on just a hunch, they end up only contracting 15%.

Discounting along the way is natural, but ultimately a disservice. This is not to say having some percentage of a crop unpriced at the end of the year is a bad thing; it’s perfectly reasonable. But excess should be the result of a conservative plan based on optimal outcomes, not spur of the moment changes.

Consider this: A farmer is long their crop the rest of their life. The decision to grow corn, soybeans, wheat, or any other crop, is a decision to take on that crop’s long-term pricing risk. It’s not unlike owning any other stock; I judge my market performance based on the shares I own, not the ones I don’t.

At the same time, every trader tends to fixate on the past decisions they’ve made: I decided not to purchase shares in a company, but now that company’s price has skyrocketed; I missed out on that upside. The reverse is more painful: I purchased yesterday, but the company’s price plummeted today.

Scoular recently launched an app to take the paper out of the grain shipping industry. Read more here

Trading grain causes exactly the same stress. There’s a tendency to focus on the 10,000 bushels sold yesterday rather than the remaining 90,000 left to sell, depending on how the market swings after the trade.

It’s illogical, but many hope that the market will go down after a decision to price, even though the rest of their production would benefit from higher prices. Call it internal pressure to justify a selling decision. That pressure is counterintuitive to being long the crop; being long means you hope the market goes up – and keeps going up – so that every following pricing decision is a more lucrative one.

In times of high volatility, I often get more calls from farmers asking how they can ‘fix’ contracts, or what pivots they should be making for the rest of the year. They tend to use more uncertain moments to start honing in on selling grain.

There’s a shortsightedness to that. Reducing risk is not only about what you’re selling – or not selling – this year, but next year as well, and the year after that, and so on.

Reducing risk is about setting a plan, sticking to it, and avoiding the mistakes that are all too natural to make. 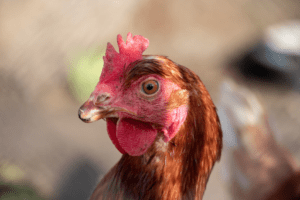