AFN‘s Midweek Digest is our weekly roundup of the key headlines in foodtech and agtech over the past seven days, beyond what we’ve already covered in detail. Enjoy!

Swiggy scores $1.25 billion from SoftBank, Prosus in Series J funding (India). The round, which reportedly values Swiggy at $5.5 billion, comes as the food delivery app’s archrival Zomato prepares for an IPO. (Livemint)

Meanwhile, its archrival Beyond Meat – which recently launched pea-based ‘chicken’ tenders in restaurants across the US – has opened an online store in China (US/China). The company’s e-store will be hosted by e-commerce giant JD, which will deliver its products to consumers in the country within 48 hours of ordering. (Reuters)

Robotic pizza maker Picnic expands Series A round to $20.5 million (US). The Seattle-based startup raised $16.3 million in a first tranche back in May from Thursday Ventures, Creative Ventures, Flying Fish Partners, and Microsoft co-founder Paul Allen’s Vulcan Capital. (Picnic)

Shopic raises $10 million for its payments and analytics device that clips to shopping carts (Israel). Claridge Israel led the round, with existing investors Entrée Capital, IBI Tech Fund, and Tal Capital also participating. The Tel Aviv-based startup has raised a total of $21 million to date. (Shopic)

GIC acquires stake in Biotrop (Singapore/Brazil). The Singaporean sovereign wealth fund said it now owns a minority stake in São Paulo-based Biotrop, which is producing biological crop inputs. Further details of the deal were not disclosed. (The Straits Times)

Happy birthday to GROW! Happy birthday to GROW! (Singapore). The Asia-Pacific agrifoodtech accelerator backed by AgFunder has reached the grand old age of two. Since launching in July 2019, GROW has accelerated five cohorts and supported 56 startups, which have gone on to raise $10 million-plus in funding between them. [Disclosure: AgFunder is AFN‘s parent company and backs GROW through its GROW Impact Fund.] You can sign up for GROW’s brand new newsletter here. 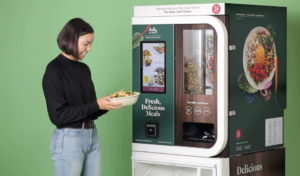