Editor’s Note: Scott Nichols is the founder and principal of Food’s Future. Food’s Future’s mission is to accelerate the expansion of responsible aquaculture. At Food’s Future, Scott works to create a food future filled with a plentiful supply of healthful and delicious fish. He does this by assisting businesses that create aquaculture feeds, raise fish and expand markets for farmed fish. He is now AFN’s resident fish geek.

Here, on World Oceans Day, he writes about the impact of Covid-19 throughout the seafood industry’s supply chain.

Stores ran out of many things or almost everything. Governments shut down all manner of commerce. Continuity wasn’t continuing. Restaurants closed!

In the US, roughly 70% of seafood consumption is at restaurants and only 30% at home. With restaurant business falling off a ledge, what are the pandemic-evoked ramifications for seafood businesses?

To find out, I called on some people who provide seafood to see how Covid-19 is transforming their world. Here’s what they had to say.

Josh Goldman is a fish farmer. He’s the founder and CEO of Australis, a company that raises an Asian seabass called barramundi in Vietnam. Most of what they sell is frozen filets for both food service and home consumers.

Responding to a pandemic isn’t in the Australis wheelhouse. When the Covid-19 mess hit, Josh had to make a lot of things up. Like, immediately. The first was a plan for worker safety everywhere and, next, animal welfare on the farms.

He then focused on how to preserve the resiliency of his business in the face of an unknown and unknowable future.

During the second week of March “we had a lot of containers on the water with a product mix that no longer bore a lot of resemblance to what people were buying,” he told me. And with restaurants closing “we had to very quickly pivot the production to basically stop making food service products and double down on retail, club, and home meal delivery.”

But, for home deliveries, consumers aren’t looking for 10 pound restaurant boxes. So, he needed to modify the fish processing plants’ packing lines to deliver something that resembled what people want to receive.

For the fish already delivered, however, repacking became crucial and this job fell to distributors.

Distributors are also feeling the pinch of abrupt change. For Guy Dean, president of Organic Ocean Seafood in British Columbia, the problem is more acute than most. Organic Ocean’s business is 90% with high end restaurants. His view of the moment, “We’re floating face up.”

Over the past many years Organic Ocean noodled over whether and how to create an online, ecommerce business. When Covid-19 hit, it was up and running in two weeks. Whatever shape the Covid-19  recovery takes, Dean will continue work to expand his new online business by reaching customers who really weren’t on his radar a couple months ago. The online business will be “the core” for the future, he said.

Developing an entirely new customer base is also front and center for Joe Lasprogata, VP at Samuels and Son Seafood in Philadelphia. The Samuels business is two-thirds restaurant and food service. Just as for other providers, that business is vapor. But the retail business is keeping the lights on. Particularly, Samuels is seeing a leap in demand from bodegas, specialty fish shops and Mom-and-Pop grocers. Previously borderline-extinct businesses now thrive.

But, for Samuels as with Organic Ocean, the unexpected and large opportunity sits with going direct to end consumers. Lasprogata’s reasoning is easy, “We already had the logistics with the trucks going by your house anyway.” With logistics in place, the pivot wasn’t difficult—same trucks, same drivers, same on-board computers, different addresses.

Asked whether the direct-to-consumer business is transitory and will disappear if/as restaurants open, Lasprogata said, “It’s working; we’re not slowing down, it’s all full speed ahead.”

The Seattle Fish Company in Boulder, Colorado has a different market mix than Samuels and Organic Ocean. With 55% of its business at retailers, the downturn was less ominous. Nonetheless, like Ocean Organic, they created an online business whose focus is to deliver chef quality ingredients to home cooks.

But Seattle Fish CEO Derek Figueroa thinks there will be a challenge in solidifying the new opportunities he and the other distributors have created so quickly because it relies on communicating to a new audience that was never even a small target for them.

Much of the Seattle Fish sales staff are former chefs or other food professionals. They’re adept at conversations with chefs who make purchase decisions for 300 people a night. But “we’re not efficient at engaging consumers,” said Figueroa.

But this is a seminal moment. Restaurants are closed. People are preparing more fish at home. For the three distributors to secure the future of their new business ventures, they need to learn how to have consumer conversations quickly. And they need to ensure that we will continue to be seafood cooks.

Will we become cooks?

At the beginning of the pandemic response, Josh Goldman saw home cooking as about comfort food. But now “people are kind of bored. In this phase that we’re entering now, there’s more of that adventursomeness that you might be looking for when you go out to eat.”

This would be a new driver for seafood. In the US, we are deeply skeptical of our ability to cook seafood. It’s esoteric. It asks more of us than is in our culinary bag of tricks.

Figueroa told a story of one customer who adored seared scallops but was afraid to cook them at home in case he inadvertently undercooked one. When asked if he cooked chicken at home, he said of course he did. Figueroa’s response was that if you undercook chicken, you could get deathly ill.  If you undercook a scallop, you have sushi for dinner.” It’s a pretty good point.

“It’s really not that difficult. Our nine year old can cook a fillet of salmon; it’s just not intimidating,” he added.

Guy Dean echoes Figueroa. He commissioned a series of one-minute chef videos for his online store that sum up to, “Don’t be intimidated by seafood.”

The new normal will reveal how well farmers, distributors, retailers and other influencers can help drive forward what’s underway. If we learn that cooking fish is no more difficult than cooking a burger, then the changes can solidify. When people realize that they can have seared scallops any time they want them, and that they take five minutes less than cooking a burger, we will have turned onto a new path.

For some in the seafood business, the glass is half-full.

But what about chefs?

By all rights, you’d expect chefs to be catatonic. Bad news abounds.

Hugh Acheson owns restaurants in Atlanta and Athens, Georgia. He’s appeared on televised chef competitions and, later, judged them. He’s about as firmly ensconced in the restaurant industry as one can be. But he doesn’t see an effervescent future.

“Forty percent of restaurants will not come back, and then of those that do, I think another 30-40% are going to up and crumble in the first six months.” About reopening his own restaurants, he said, “The basics aren’t even there to open.”

Sammy Monsour is a third generation chef who owns two restaurants in Los Angeles. Like Acheson, he isn’t sanguine about restaurants’ futures. While he doesn’t have specific numbers, in mind he does think that, “Something really dramatic has to happen to save all these businesses. I don’t see how that’s possible and there’s going to be a really bad time.”

As for his own restaurants, like Acheson, he sees no clarity that will help him take action. “Discussing that is foolish; it’s a waste of time because it’s propped up on ifs and maybes.”

Ned Bell is a chef and sustainable seafood advocate in Vancouver, BC. If it’s possible, he’s in a less enviable position than either Acheson or Mansour. He and his wife were about to open a new Inn and restaurant this month.

He, too, doesn’t bubble over with enthusiasm about restaurants’ futures. “Part of me recognizes that we probably had too many restaurants anyway so losing some of them isn’t the end of the world. It’s going to sharpen the business acumen of many.”

But these sober and somber general views of restaurants don’t spill over to the specific future these chefs see for seafood. The future may even seem rosy depending on how a series of ifs plays out.

If people become emboldened to cook fish at home; if they become as tolerant of their mistakes as they are with others they may make if our present circumstance doesn’t resolve itself quickly; well then, we may see a fundamental shift in seafood consumption.

“If there was a time for seafood to be a shining star why not now,” said Bell.

Acheson, echoing the distributors said, “I’m seeing a lot of my suppliers pivot to direct-to-consumer.” And he sees opportunity arising in that, “People are cooking way more at home than they ever were before so I think seafood consumption has an opportunity, finally, at home.”

And, about the pressure we feel to be perfect seafood chefs from our very first homecooked seafood moment, Sammy Monsour told me, “I wrecked a whole side of salmon at home a couple of nights ago.”  He wished he hadn’t but it wasn’t a tragedy. Dinner wasn’t as good as he planned, but it was still good enough. “I’ve made more mistakes than I have successes; you just don’t taste them all,” added Bell.

Seafood markets are fundamentally different than they were 10 or 12 weeks ago. The speed at which they swung from restaurants to individual consumers could have caused whiplash. It seems, though, it didn’t. The custodians of the seafood supply chain made facile and fluid changes. Initially, doing so may have been borne out of an immediate need to avoid calamity but it changed lickety-split into the pursuit of new and attractive business opportunities.

My crystal ball is no better than yours. But it’s likely that we’ll continue to cook more at home even if restaurants begin to reopen. And, as we cook at home, we seem to be adding more seafood into our menus than before. Will we cross a threshold where seafood becomes normal rather than mystical? The seafood supply chain seems more than ready to react to our saying yes.

Who knows what will happen if we all learn to sear the perfect scallop? 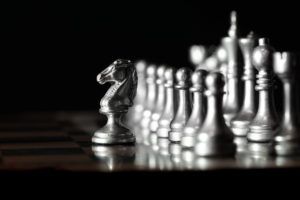