There are plenty of accelerators focused on fostering seed stage companies, but European startup accelerator Rockstart is hoping to help some agrifood tech companies go the distance by offering follow-on investments in selected startups up until the Series B stage.

Rockstart has raised a €15 million ($16.94 million) fund for its new Copenhagen-based agrifood tech program. The cornerstone investors are government-backed Danish growth fund Vaekstfonden and family-owned Dutch private equity firm De Hoge Dennen Capital from the Netherlands. The group expects to announce the fund’s other LPs in the coming weeks.

Access to capital and market are two focuses of the program, with Rockstart AgriFood offering initial capital and the opportunity for particularly promising startups to raise additional capital from the newly-opened fund.

Rockstart’s agrifood director Mark Durno dubbed the program as an “accelerator 2.0” and said the strategy to support startups through later stages was a necessary step considering the sector in question.

“This is particularly relevant in the agrifood sector where we’ve seen there is a need for patient capital to give startups time to prove out their business models,” he told AgFunderNews adding that not all startups in the cohort will be funded to Series B, but probably around 10%.

Rockstart is currently seeking applications for its first agrifood cohort, which will launch in September 2019. Interested startups should apply by the end of May.

Rockstart has identified three core challenge areas and is searching for startups innovating solutions to address them: optimization of processes and practices, stopping food waste, and driving transparency and sustainability. It plans to invest in more than 200 startups within these domains over the next five years and to foster partnerships with major players in each domain to help accelerated companies find their first customers.

“We are looking for exceptional entrepreneurial teams with agritech and foodtech startups that are using emerging tech and new business models to positively change or transform our food supply system,” Durno said in the press release. “The agrifood industry should be considered holistically, so we are looking at solutions from soil to gut.”

The chosen startups will go to Copenhagen for the accelerator’s self-described ‘pressure-cooker’ program offering over 100 mentors and industry partners to help them hone their innovations.

Since launching in 2011, Rockstart has invested in some 152 startups across the energy and health sectors that have gone on to raise more than €87 million ($98.23 million).

“There is a huge potential for agrifood technology in Denmark and the Netherlands as these countries have historically had very strong agricultural and food sectors. We are extremely excited about the partnership with Rockstart who now launches their accelerator program in Copenhagen. Adding to the local competencies that we already have, I am convinced that Rockstart will deliver both an international network and mindset that help the startups deliver on their business potential,” wrote Rolf Kjærgaard, chief investment officer at Vækstfonden, in a press release.

AgFunder’s Michael Dean is on the advisory board. 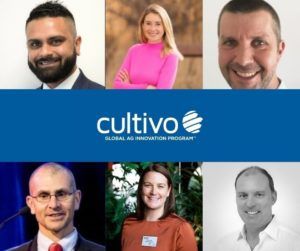