Last we heard from Good Eggs, it was in a multi-city retreat. Now it’s expanding with $100m in funding

Grocery delivery seemed like it was on a meteoric trajectory when it erupted a few years ago. But it soon ran into more than a few roadblocks: customer churn, high margins, and complicated delivery logistics.

Consumers were also slow to adopt such services, in part through unfamiliarity and unease – feeling funny about someone else fondling their avocados, for example.

Covid-19 has changed all that, of course. But the pandemic boost for tech-enabled food retail has come too late for many of the first movers.

San Francisco-based Good Eggs is one of the few grocery delivery startups that has been around since the beginning. Not only is it still active; it’s bagging big-name investors, too.

“Everybody in online grocery has certainly seen a big tailwind from the large momentum and speed of consumer habit change,” CEO Bentley Hall tells AFN.

“I think that accelerated our business. But even without the pandemic we probably still would have probably raised a similar round this year.”

Good Eggs delivers the full range of food products to users including meal kits, prepared foods, alcohol, and flowers. It also delivers “mindfully sourced, absurdly fresh” produce that is harvested within 48 hours of delivery. About 70% of its product range comes from within the Bay Area.

While many grocery delivery startups have focused on casting a wide net across the country, Good Eggs has taken a different strategy. In 2016, following a rapid expansion, it found itself forced to withdraw from various US cities. Good Eggs pivoted to being a food company instead of a tech company, serving as a one-stop-shop for clients instead of a specialty grocer, in Hall’s words.

The pivot saw it quadruple its product offerings.

According to Hall, this strategy is one of the main reasons the startup is still thriving today.

“Because we’ve been in one city we’ve been able to focus on steady improvements in everything from the reliability of the service to the profitability and economics,” he said.

“I feel like we’ve built an enduring foundation because of that, whereas a lot of other companies are just going for growth without any thought to it.”

It also moved to a larger warehouse across the water in Oakland, grew its revenue into the hundreds of millions of dollars, nearly doubled its customer base, and hired 400 new employees, according to the company.

It can be hard to make investors understand the merits of focusing on one metropolis instead of scaling and expanding as rapidly as possible. Most traditional investors who prefer the latter tactic tend to be a poor fit for Good Eggs anyway, Hall suggested.

“It’s a tougher pitch for them, but we are not pitching them,” he said.

“We look for investors who are independent thinkers, who actually care about this category, and who want to build something really big over the next few decades that is interesting. We are really fortunate to have investors in that camp.”

Goldman Sachs predicts the US online grocery delivery market will reach $150 billion in sales by 2026, with California’s metropolitan areas accounting for an estimated 10% to 15% of that figure.

Sensing the opportunity, Good Eggs will use its latest funding to expand beyond the Bay Area and launch into southern California. The startup claims this move could triple its addressable market and lead to the creation of up to 1,000 new jobs.

“We’ve been looking at southern California for a long time, including Los Angeles, Orange County, and northern San Diego. Those zip codes are about two to three-times larger by population than the San Francisco Bay Area,” Hall said.

The plan is to open one or more fulfillment centers to serve the region.

Good Eggs will also spend some of the money on improving customer experience. Simultaneously with the funding, it announced the hire of former Walgreens Boots Alliance global chief marketing officer and chief customer officer Vineet Mehra as chief growth and customer experience officer.

“Good Eggs’ purpose and belief that ‘good food is the most powerful force for change’ resonates deeply with me as a person, and I am humbled to join the team at a moment when families and households need us more than ever,” he said in a statement. 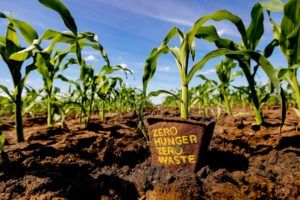