Founded in 2013, DroneDeploy offers cloud-based software solutions that manage workflow, provide real-time mapping, and conduct automatic flight safety verifications. Some of the visual features offer highly-detailed maps and 3D imagery. Agriculture is one of its primary sectors of focus and farmers use the platform to keep an eye on crop health, map progress throughout their fields, and survey vital farmland.

The company also offers its services to the surveying, construction, and mining industries. According to TechCrunch, DroneDeploy’s technology has even been used to assist police officers with locating buried bodies. According to DroneDeploy, the company has mapped over 5 million acres covering some 130 different countries.

The funding announcement comes roughly one week before the Federal Aviation Administration is scheduled to enact a new set of regulations that will allow commercial operators to use drones weighing 55 pounds or less. Operators will need to comply with certain requirements before they can set their UAVs to the skies. They must first pass a certification test, keep the drone in their visual line of sight at all times, and comply with speed and height limitations.

Drone companies captured $132 million in investment dollars during the first half of the year across 26 deals, according to AgFunder’s Midyear AgTech Investment Report. Drone funding accounted for 8 percent of the total $1.75 billion invested into agtech during the half, with a median deal size of $3 million so far this year. 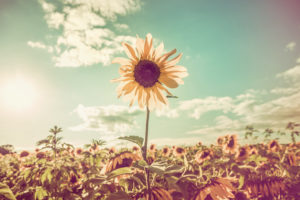