Agriculture-related emissions offsetting projects account for just over 1% of all carbon credits issued, with only transportation-related projects issuing less, according to data from the Berkeley Carbon Trading Project.

However, other types of land use — including forestry — are by far the biggest generators of carbon credits, providing nearly half of all units issued to date.

The Voluntary Registry Offsets Database, developed by the Berkeley Carbon Trading Project at the University of Berkeley, California‘s Goldman School of Public Policy, collates data from emissions reduction schemes around the world.

Initiatives covered by the database are grouped into several ‘areas of scope’ – with the contribution of each to all-time issued carbon credits detailed in the chart below. While the two categories are closely related and have plenty of overlap (see below,) the Berkeley Carbon Trading Project has opted to treat Agriculture and Forestry & Land Use as separate areas of scope:

Each ‘area of scope’ is further subdivided into project ‘types’; zooming in on Agriculture, here are the different types of projects covered:

And for Forestry & Land Use:

Yes, though the types of project included in this dataset differ substantially between the Agriculture and Forestry & Land Use categories.

Most of the project types under Agriculture relate to sequestering carbon in the soil, reducing the environmental impact of input runoff, and mitigating livestock-related emissions.

This November 2020 article from GreenBiz‘s Jesse Klein outlines some of the differences between the two categories – highlighting the fact that while soil-related carbon efforts tend to have “more upfront costs” than forestry-related ones, they may prove “easier and quicker” in the long run.

Agroforestry is a method of farming in which crops and trees are grown together, with various potential carbon-trapping benefits. ReNature, an agroforestry startup based in Brazil and the Netherlands, recently generated and sold carbon credits worth almost $5,000 through a collaboration with Brazilian farmer co-op CAMTA, Rabobank, and Microsoft.

Is ag pulling its weight when it comes to offsets?

According to Our World in Data, agriculture, forestry, and land use — counted together as a single category — contribute 18.4% of all greenhouse gas emissions.

The UN Food and Agriculture Organization says that ‘food systems’ — comprising the entire agrifood value chain, farm to fork — produce almost a third of total global emissions. Digging down, pre-farm gate agricultural food production — including usage of fertilizers and other soil inputs — is the biggest contributor within food systems; while methane from livestock farming and rice cultivation accounts for around 35% of food system emissions.

Given these estimates, agriculture does appear to have plenty more carbon credits to give than its current less-than-1%.

Its seemingly underwhelming contribution puts a spotlight on the efficacy of existing ag-related carbon credits generation schemes – and, as discussed in a recent Financial Times article, raises questions about whether they might be misused to fuel corporate attempts at ‘greenwashing.’

So what’s holding it back?

Tech startups such as Indigo and Nori have established carbon measurement and marketing services aimed at helping farmers sell credits; just last month, Indigo struck separate deals with US farmer co-op Growmark and agribusiness major Corteva to bring get more farmers on board.

However, ag’s carbon credit potential is limited by the lack of widely agreed-upon, cost-effective methods and standards for measurement, reporting, and verification (MRV) of carbon in the soil.

Regrow — which just closed a $17 million Series A round — attempts this by integrating its MRV tool with third-party farm management software. Boomitra is trying to do it by scraping a vast array of data collected from satellite imagery; while FarmLab is using existing soil samples to build up a carbon picture of wider areas.

Nevertheless, many farmers still fail to see value in participating in such schemes. The potential costs and logistical difficulties of shifting to regenerative practices, and a lack of clarity around verification methods — with multiple competing services to choose from — mean many feel it’s safer and simpler to steer clear from carbon markets for the time being. 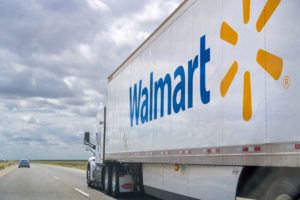