Taranis, an Israeli precision agriculture intelligence platform, completed a $7.5 million Series A round led by Finistere Ventures, an agtech and life sciences-focused venture firm, and Vertex Ventures, an Israeli early-stage IT and healthcare venture group.

The Israel-based startup, an AgFunder Innovation Award winner, is hoping to use its technology to target two things that cause big trouble for farmers on every continent: pests and crop disease.

Farmers lose over $300 billion every year as the result of both pressures, which can destroy crops, reduce yields, and lower quality. Although farmers have turned to chemical-based control as a way to keep pests and disease at bay, these inputs have their own costs, reducing microbial vitality and encouraging the development of pesticide-resistant disease strains.

Taranis describes its technology as a scalable predictive analytics platform that helps predict, identify, and prevent pest and disease pressure in any climate. The platform draws on multiple sources of data and information including sensor-driven field data, aerial imagery, weather analytics crop disease and pest information, as well as tracks farmers’ daily tasks to provide an early-warning system for disease and pests.

Three of these layers involve proprietary technologies. First, the aerial imagery layer captures visualizations at a resolution of 0.5 millimeters per pixel, which is significant compared to standard resolutions between five and 25 centimeters, according to Taranis.

Next, Taranis maintains its own weather prediction model that it describes as accurately forecasting field-level weather patterns at four kilometers per pixel. This is a dramatic improvement over current global models delivering forecasts at 26 kilometers per pixel, according to the company.

Finally, a machine learning component is designed to constantly improve the model’s predictions to improve accuracy across varying geographic regions.

For Taranis CEO Ofir Schlam, the convergence of these diverse components is a direct reflection of his experience and familial history.

“The company is a merger of my two greatest passions, given my family background in agriculture in Israel for three generations and my professional career in the world of technology and big data where I served in an elite intelligence unit in the Israeli Military of Defense for nine years,” Schlam tells AgFunderNews. His co-founders offer expertise in meteorology statistics and machine learning. Although combining so many different components may seem cumbersome or unruly for some, for Schlam it is the secret ingredient.

“Only by analyzing multiple layers of data and information at the same time is it possible to create these insights: aerial imagery, satellite imagery, sensor data, weather forecast, and farmer practices like scouting and task management,” he explains. “Combining deep learning with real events helps the platform’s insights become more accurate over time.”

According to Schlam, the platform could help farmers change the way they apply chemical inputs.

“We are putting a lot of effort into establishing real objective, impartial case studies, collaborating with top universities and research groups like Brazilian agricultural research corporation EMBRAPA to test our models,” he says.

He describes one of Taranis’s biggest successes as predicting Asian Soybean Rust in Brazil, which is the most devastating disease for soybeans in that region.

“In the case studies we usually don’t affect the amount of fungicide used, but rather the timing of it. With better timing, we saw up to 7.5% in yield increases in these trials,” he explains. “The interesting point is that in some cases it meant using more fungicide, but it still creates an economic viability that farmers without our tool cannot access.”

The platform is primarily geared toward large commercial farming operations cultivating standard commodity crops like soybeans, corn, wheat, cotton, sugar cane and potatoes. Taranis reports increasing the acreage it operates on by 2,000% in one year and reports that the platform is being used to manage millions of acres of farmland in Argentina, Brazil, Israel, Russia and the United States.

The funding will also be used to expand the company’s plant pathology, data science and software engineering teams. Headquartered in Israel with subsidiaries in Argentina and Brazil, Taranis is currently establishing a US office — which is unsurprising given Israel’s recent support of exporting agtech startups to the US — and expanding into India and Russia.

Precision agriculture is one of the most saturated sectors in the agtech space, with farm management software, sensing, and IoT companies attracting over $700 million in venture capital across 85 deals in 2016 according to AgFunder’s 2016 AgTech Investing Report. This makes product differentiation critical. One of the easiest ways to stand out, of course, is by offering something that nobody else does.

“We believe that we have a head start on predicting crop disease because most of our potential competitors are still focusing on optimizing irrigation, planting and harvesting decision support, and fertility use,” Schlam says. “So, the classic competitors who have resources like Climate Corp or FarmLogs could actually be potential partners because they don’t have crop disease prediction in their platforms.”

In the future, he also envisions creating more pathogen-specific models and becoming the most influential player in the pest and disease prediction space. The technology may also have applications in other areas, such as bringing its sub-millimeter imagery datasets to fertilizer, weeds, and planting.

As with all data-related endeavors, challenges are plentiful. Technological barriers and building the right IP portfolio are two critical yet predictable examples that Schlam offers.

“The real challenge was understanding the farmer’s mentality and needs in different geographies and how to crack a route to adoption, which obviously we have to keep being attentive to and change according to farmers’ changing requirements,” he adds.

In fact, consulting with farmers is the very first piece of advice Schlam offered when asked what advice he would give to other ag data startups looking to raise capital.

“Step one is to meet as many farmers, agronomists, ag retailers, and other people in the farming ecosystem until you are sure about the need for your product and its feasibility.” Then, he suggests applying the same approach to VCs, even when it might feel too soon. Taranis was acquainted with their Series A funders before they raised the round. In each meeting, he made sure to demonstrate the progress, growth, and results the company was achieving.

As for the future fate of precision ag, Schlam thinks an abundance of options isn’t always a good thing, for farmers or VCs.

“Just how an overabundance of apps in the app store can confuse users, it is the same with farmers. And, even worse, if they have a negative experience with a digital farming tool, the task just became harder for all companies in the space.”

Fortunately, one of farmers’ primary concerns is the economics of production. This often entails rolling the dice on new innovations as long as they can test the technology at a small scale and compare the results to other potential tools.

“Once an ROI is proven, the real effective tools become clear and they will prevail. The companies just need to figure out how to stay around long enough so farmers see this,” says Schlam.

Image: Soybean leaves infected with soybean rust. Photo by Christine Stone for the Agricultural Research Service, the research agency of the United States Department of Agriculture. 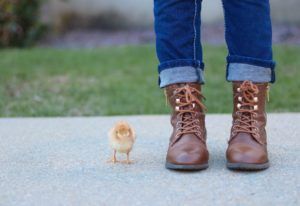