Arvegenix announced recently that it has received $2.5 million in aggregate funding from Monsanto, Cultivation Capital, The St. Louis Arch Angels, and BioGenerator. Located in St. Louis, Arvegenix is exploring the use of Pennycress as an oil-producing crop with ancillary benefits, like livestock feed. Pennycress is classified as a wild growing weed that is a member of the mustard seed family, and which is frequently seen growing alongside the freeway. Arvegenix’s goal is to improve and develop the plant for the purpose of harvesting its oil-rich seeds. The seed meal that is leftover after the oil extraction process can be repurposed as livestock feed.

One of the most attractive aspects of pennycress is its ability to flourish in winter, when most Midwestern fields are left idle. By targeting an idle time in crop rotation, pennycress could provide a sustainable and economically viable way for farmers to increase their profit gains. Additionally, by using an idle field, farmers would not be required to expand their total acreage or forgo planting one of their customary crops to incorporate pennycress. In most cases, pennycress would be grown between corn and soybean season. The plant would also provide necessary soil protection during the winter season.

The United States Department of Agriculture has expressed its support for research endeavors aimed at turning pennycress into a viable biofuel. The USDA has noted that pennycress does not require large doses of pesticide, fertilizer, or water. In light of the department’s recent push for biofuel advancements, pennycress offers a particularly ideal solution due to its ability to grow between crops used for food consumption as opposed to being grown instead of plants intended for food consumption.

Arvegenix’s CEO Jerry Steiner, a former executive vice president with Monsanto, said, “The Series A funding will enable us to expand and accelerate our R&D programs to achieve increased yields for our new crop Pennycress, to conduct regulatory feeding studies on the press-cake, and develop our growing and crushing operations.” The company launched in 2013 and has secured earlier investments from Helix Fund and Missouri Technology Corporation.

BioGenerator, a nonprofit subsidiary of BioSTL, is dedicated to advancing St. Louis’ economic vitality through investments in the biosector. BioGenerator was involved with Arvegenix’s first round of funding during Summer 2014. Company Vice President Charlie Bolten “sees immense potential in Arvegenix’s business model,” and sees it as providing “the environmental benefits of cover crops while leveraging an enormously valuable dormant asset to produce commercially viable products.

Also located in St. Louis, Cultivation Capital is an early stage venture capital firm investing in life science and AgTech companies in the Midwest region. One of the firm’s general partners, Rick Holton, joined Arvegenix’s board. When asked about the funding, Holton said “Arvegenix is an opportunity perfectly suited for the Midwest and it embodies the true definition of sustainability.”

The St. Louis Arch Angels consists of an 85-member investment network that has provided over $50 million in investments across 60 companies since it started in 2005. The network focuses primarily on investments in agricultural, life sciences, and IT ventures. 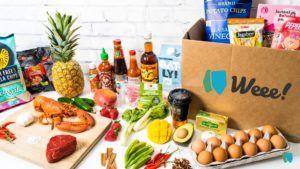