Monsanto has licensed the CRISPR-Cas9 technology from the Broad Institute, according to an announcement on Thursday. Under the agreement, the Broad Institute grants Monsanto a worldwide, non-exclusive license for agriculture applications of the CRISPR-Cas technology, but there are restrictions. “Monsanto cannot use it for gene drive, the controversial technique that can spread a trait through an entire population, with unknown consequences,” reads an article in STAT. Monsanto has expanded its gene-editing capabilities in recent months partnering with TargetGene and Nomad Biosciences earlier this year.

Ginkgo Bioworks, a company that develops and customizes organisms that can produce ingredients such as scents and flavors, is now collaborating with Cargill to explore strain improvements to optimize Cargill’s bioindustrial fermentations. Ginkgo’s organism designers work closely with customers across a range of industries, developing microorganisms for the production of cultured ingredients and specialty enzymes for markets such as flavor and fragrance, food and nutrition, and cosmetics and personal care. These organisms are designed and prototyped using Ginkgo’s automated foundries, then grown in facilities akin to microbreweries to produce new ingredients during fermentation. This new alliance follows Ginkgo’s latest $100M Series C funding round.

Soil health and carbon sequestration company Cool Planet has elevated Jim Loar to the position of president and CEO of the company’s agricultural subsidiary. Loar joined Cool Planet as chief commercial officer in 2015. He previously served as vice president of operations for the $2.1 billion agricultural division of the Wilbur-Ellis Company. Before his 14 years with Wilbur-Ellis, Loar spent 14 years with Griffin, a leader in crop protection products.

FoodBytes! Unveils List of 20 Startups to Pitch at Boulder Event

Rabobank, the global food and agribusiness bank, has selected 20 food and ag startups from around the world to pitch at FoodBytes! Boulder, its pitch competition and networking event.

The startups will pitch for five-minutes in-front of an audience of other entrepreneurs, investors, industry thought leaders, media, and a judging panel. The list includes a wide variety of startups innovating across multiple sectors. FreshSurety measures and reports real-time the shelf life of fresh food, while Mad Agriculture taps the nutrient recycling abilities of insects to turn food waste into a protein-rich feed supplement. The Food Corridor provides an online marketplace for food businesses to connect with commercial food assets, and R&D startup ProveIt is developing pasteurization systems using magnetic induction to replace steam-generated heat in food product processing. For a complete list of the companies that will pitch in Boulder, click here.

Chobani Announces the First 6 Startups for its New Incubator Program

After making headlines last week with its unprecedented farmworker overtime pay legislation, California Governor Jerry Brown is back at it. The major agricultural state leader signed a bill that requires dairy farmers in the state to cut methane emissions to 40 percent below 2013 levels by 2020. Farmers can take advantage of a cap-and-trade plan that will provide aid from a $50 million pool of polluter fees. The farmers can use these funds to purchase machinery that runs on methane energy, which they can then sell to electric companies. The bill also provides the California Air Resources Board with the authority to regulate bovine flatulence—a polite way of saying cow farts—provided it identifies practical ways to tamp down the bovines’ burping and gas passing.

The National Resources Defense Council and six other advisory groups have sent a petition to the FDA asking it to withdrawal approval for a number of antibiotics used in livestock and poultry production. According to the petitioners, these drugs are medically important to human use and under serious threat of becoming ineffective due to the growing number of antibiotic-resistant superbugs. The federal public health agency has struggled with crafting a way to address this growing threat while also appeasing producers and other agribusiness stakeholders. Traditionally, the FDA has opted to work with industry members to tackle the sometimes difficult task of phasing out medically important antibiotics instead of withdrawing approval unexpectedly.

The Thought For Food (TFF) Global Challenge recently kicked off its 2016-17 edition, calling on young student innovators to develop game-changing ideas to tackle the challenge of feeding 9+ billion people by 2050. Launched in 2013, TFF Challenge has helped thousands of students from some 100 countries to take their best food security solutions and develop them into viable startups through a program of intense mentorship and business development from some of the world’s top innovators and investors. Winning teams will be awarded startup capital (cash prize amounts of $25,000 USD) and have their ideas nurtured into workable businesses.

A new class action complaint alleges that Tyson Foods, Perdue Farms, and Koch Foods engaged in a conspiracy to fix chicken prices in violation of federal antitrust laws. The plaintiffs in the action are Fargo Shopping Center and Sargents Restaurant & Lounge, shortly after another group of distributors filed a similar lawsuit. A third lawsuit was filed at the end of this week also alleging that the poultry companies, which comprise 98 percent of the poultry meat industry in the US, failed to play by the rules for a period of eight years. Some of the allegations state that the defendants killed hens, flocks, and destroyed eggs in order to limit production and to raise the price of chicken in the US by roughly 50 percent.

The United Nations spent an entire day-long meeting discussing antibiotic resistance as a growing threat to public safety. The multi-nation organization placed the issue at the same threat level as Ebola and AIDS. In attendance were delegates from 193 countries. It culminated with the singing of a declaration stating that modern medicine’s major accomplishments, like discovering penicillin’s antibiotic applications, are seriously at risk. Elanco, a major drug maker, announced its goal to create 21 new alternatives to animal antibiotics. With six already on the market for cattle and poultry, the company is also in the process of removing growth-promotion claims from its labels and is hosting a summit in DC to gather 50 business leaders from major dairy and meat companies to discuss the antibiotic resistance issue.

A source familiar with the National Organic program says this new organization may be an alternative to the Organic Trade Association, which has been trying to pass a checkoff program that would require organic producers to pay dues. Many opponents of the checkoff program warn that it would pad the pockets of the large organic agribusinesses at the expense of small producers.

Have news or tips, or want to tell us how great our weekly Ag Industry Brief is?! Email Media@AgFunderNews.com. 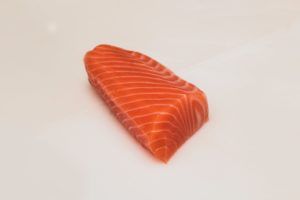