The recent US government shutdown wreaked havoc on thousands of federal workers who some reports indicate will never get back pay. Some federal employees have not received a paycheck for 30 days or received only nominal compensation through unemployment forcing many of them to apply for hunger relief through state food stamp programs. The application process can be tedious, however, requiring interviews, document submissions, and final approval before credits are doled out.

On-demand food delivery startup DoorDash and social service access platform mRelief are teaming up to provide affected San Francisco residents with up to $35 in DoorDash credit while they wait for their food stamp benefit approvals.

Founded in 2013, DoorDash is a Y Combinator graduate now operating in over 3,300 cities in the US and Canada connecting mobile app users with a variety of on-demand product deliveries. It offers companies data insights to improve efficiency for on-demand deliveries as well as in-store sales. The startup hires and manages its own drivers and logistics system allowing it to offer app users food from restaurants that don’t offer in-house delivery.

This is not DoorDash’s first attempt at using its technology to feed those in need. In 2018, DoorDash launched Project DASH to fight hunger and to reduce food waste by sponsoring deliveries of surplus food donations to hunger relief nonprofits in the community. In 2017, it opened a commissary kitchen in the Bay Area that allows restaurants to rent spaces at prices based on a percentage of their sales. Renters then distribute meals through DoorDash’s delivery services.

Founded in 2014, the State of California has tasked mRelief with handling the application and enrollment aspects of the state’s food stamp program, CalFresh, through its web-based, text messages, and phone-enabled platform. A fellow Y Combinator graduate, the women-founded has unlocked over $65 million SNAP funding for applicants. Its services are available in 42 states through a USDA partnership.

AgriFood Companies to the Rescue

Other agrifood tech startups have made efforts to soften the impact of the extended government shutdown. Last month, three ag data startups offered public access to their data to keep growers afloat as the USDA was unable to publish key reports detailing trade estimates, market polls and other data that growers rely on in making key decisions.

Some big names in the food business have also lent a helping hand. Walmart allocated $300,000 to support Feeding America’s Shutdown Response Fund, while Unilever donated an estimated $2 million worth of food supplies and personal care products to food banks through a partnership with Feeding America. Kraft opened a pop-up grocery store in DC, where there is the highest concentration of federal workers, through a program called Kraft Now Pay Later that helps federal workers stock up on food staples. Kraft asked workers to donate to their charity of choice if they were able or when their paychecks resumed. Tyson Foods also donated 85 metric tons of chicken to DC federal employees, distributing it through local food banks and the DC Central Chicken as well as Coast Guard workers. 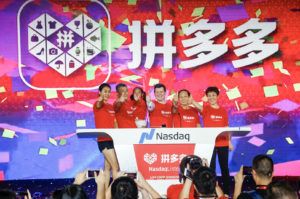