Fifty world-class innovators in food, agtech and agriculture will compete for the Agripreneur of the Year title at the 3rd Future Agro Challenge Global Championships during the Global Entrepreneurship Congress to be held on 12-15 March, 2017 in Johannesburg. Future Agro Challenge has mobilized participation from more than 60 countries over five continents to identify ground-breaking agro initiatives addressing national, regional, and global challenges across the food supply chain. Read more here.

Aggrigator has launched a Farm to Shelf Marketplace for small farmers to sell direct to restaurants, schools, grocery stores, and other commercial buyers of fresh produce. Aggrigator’s core marketplace technology is built on aggregating small local farmers so commercial buyers can get the volume and consistency of local supply of fruits and vegetables from a single source. Read more here.

Bugeater Foods received a $100kgrant from the USDA to “find new ways to turn insects into safe, healthful staple food products that taste good.” Read more about the Nebraska-based company and its chance to snag another $600k here.

Earlier this week, Spicer mentioned in a press briefing that the Trump Administration may have very different views about the legalization of recreational marijuana at the state level versus medical marijuana. These views could mean the DOJ will crack down on recreational marijuana use even though eight states and the District of Columbia have legalized it. Read more here.

Deere & Company has opened a strategic technology office in the Iowa State University Research Park, growing its on-campus presence and recognizing what it describes as the world-class research, education, and talent development capabilities at Iowa State. Read more here.

The second-largest producer of poultry products in the world is going to phase out using antbiotics in its chicken products by June 2017. Read more about the company, which processes 2.3 billion birds per year, and why it is making the switch here.

Kraft Heinz withdrew its $143 billion offer to merge with Unilever, a merger that would combine two of the biggest food and household product makers on the globe. Reports indicate that Kraft Heinz’s board, which includes Warren Buffett and Brazilian billionaire Jorge Paulo Lemann, abandoned their merger mission. Read more here.

As ranching states fight to bring country of origin labeling back to meat products sold within state borders, not all legislators are proving to be behind the push. This week, the South Dakota senate voted down a measure that would rewrite some of the state’s law to allow country of origin labeling on meat products sold within its borders. Read more here. 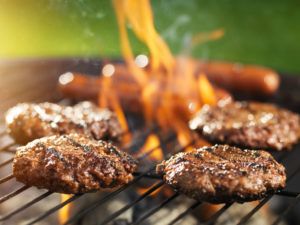